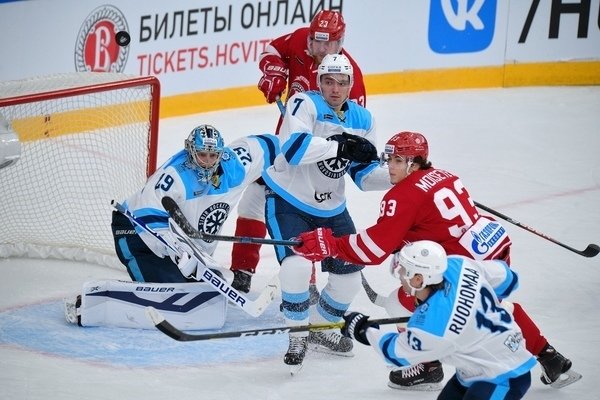 Sibir lost 2-3 to Vityaz in the shootout series.

Dmitry Sayustov scored his first goal in a season, but Alexander Shevchenko tied the game in the middle of the second. After 5 minutes Andrey Yermakov made a great wrist shot and gave Sibir a lead. On the 49th minute, Ilya Shinkevich tied the game for the second time and Vityaz won this game in the shootout series. Harri Sateri made 40 saves, Alexey Krasikov made 4 shootout saves.