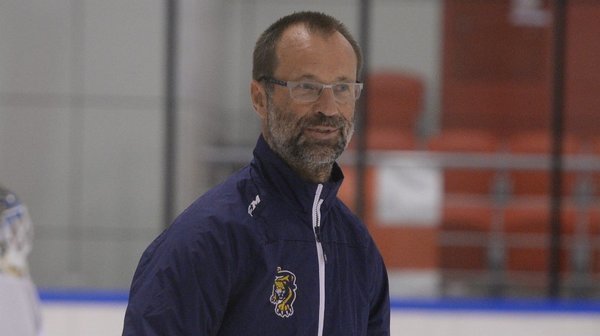 Sibir signed a contract with the goalkeeping coach Jari Kaarela.

Jari played in Finland and North America. He began his coaching career in 1992 in the second league of Finland as head coach. Two years later he became an assistant in HIFK, where he worked for eight years. In the same period, Kaarela received an invitation to the Finnish national team and took part in the 1998 Olympics Games and 6 World Championships.

From 2002 to 2010 he was a goalkeeper coach in HPK. Jari began his work in Lokomotiv, and continued at Magnitogorsk Metallurg in 2010-2011. After that, he spent the season in Atlanta, two seasons in CSKA and one in SKA. From 2017 to 2020, he was the goalkeeping coach in HC Sochi.

Konstantin Kapkaikin, who previously held this position, will continue to work in the club system as an adviser to the general director of Sibir.