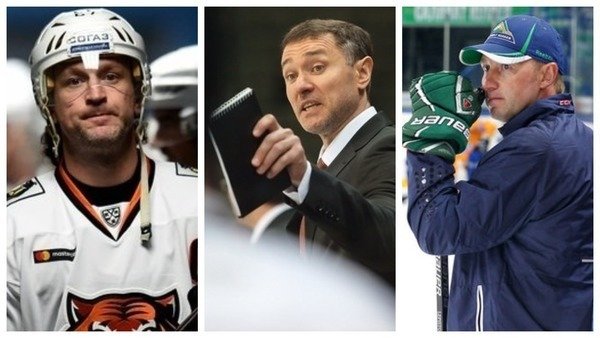 ﻿Vitaly Atyushov is a famous Russian defenseman. He played for Metallurg, in which he was the team captain for three years. Also in the KHL he played for Traktor, Salavat Yulaev, Atlant, Amur and Neftekhimik. For the Russian national team he played 43 games in five world championships. World Champion (2009), Vice-Champion (2010) and bronze medal winner (2007).

The 45-year-old Evgeny Shaldybin, who is a pupil of Novosibirsk ice hockey, has become the new physical training coach of our team. Evgeny has competed in five different leagues, including the Super League, NHL and KHL. In total, he played 1,113 games.

Vadim Tarasov played in the Super League, AHL and KHL. In total, played 574 games during his career. He played in Quebec Citadels, Metallurg (Novokuznetsk), Salavat Yulaev, Neftekhimik, Severstal. Achievements: bronze medalist of the Russian Championship, the best goalkeeper of the Russian championships (1999, 2000 and 2001).