The Ice Sports Palace Sibir was built in 1964. It was a significant event for the whole city, since that time it was one of the best and modern ice stadiums in the country. Powerful refrigeration units allowed the Novosibirsk teams to start practice and play at any time of the year.

The first game in the history of the Ice Sports Palace Sibir with artificial ice was held on September 4, 1964 between the Sibir Junior Team and the city team.

After the reconstruction in 2002, the Ice Sports Palace Sibir became a high-quality arena with good ice and a new lighting system.

The Ice Palace Sibir is our favorite Hockey Club Sibir’s base, training ground and arena of sporting achievements. Several professional and amateurs hockey teams practice here. Besides, three figure skating schools hold their lessons on the best ice in the city. Mass skating became one of the favorite entertainments for our citizens at any time of the year. People who do athletics organize different sports competitions on the third floor of the stadium: here you can find the athletics track. Moreover, there are a dance-hall and gym on the territory of our complex.

As the largest indoor concert hall in the city seating 7400 spectators. ISP Sibir regularly hosts concerts of Russian and foreign stars, ice and water shows, children's performances. It is also popular with large companies for holding their own celebrations, events, conferences and exhibitions. 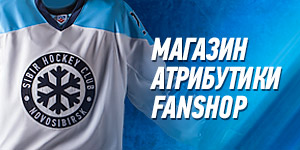