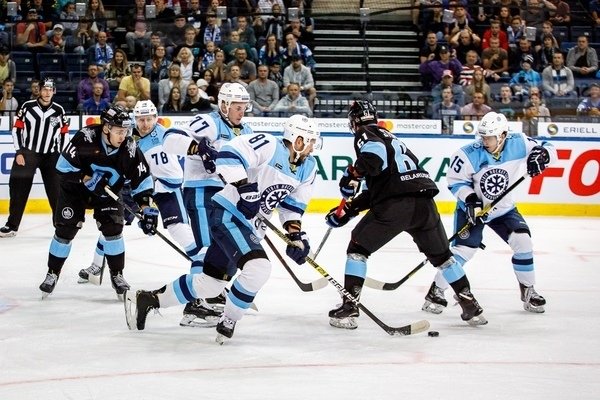 Sibir’s ex-player Shane Prince opened the scoring early in the first, but then Mikael Ruohomaa tied the game with a power-play goal. In the middle of the second Mikael scored his second goal that night and Yegor Milovzorov recorded his fourth goal in this season. Dinamo-Minsk scored with an empty net, but Sibir won its second away game this season. Harri Sateri made 30 saves.