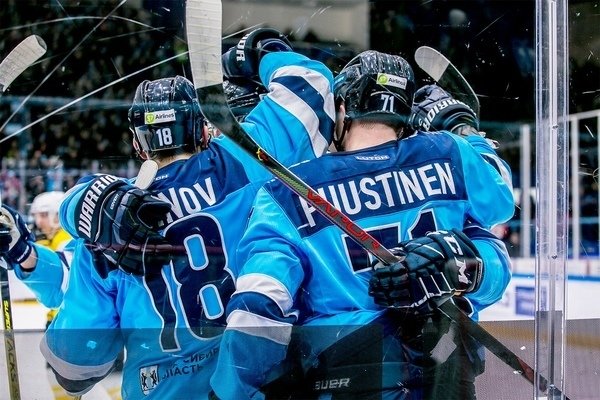 Makar Khabarov opened the scoring in the first period, but Juuso Puustinen tied the game after 10 minutes of play. Severstal took a lead after 39 seconds by Ilya Khokhlov. Jurki Jokipakka made a great wrist shot in powerplay and tied the game before the whistle to the end of the first. The game winning goal was scored by Igor Makarov on the 54th minute. It is his first goal for Sibir. Harri Sateri stopped 30 of 32 shots.